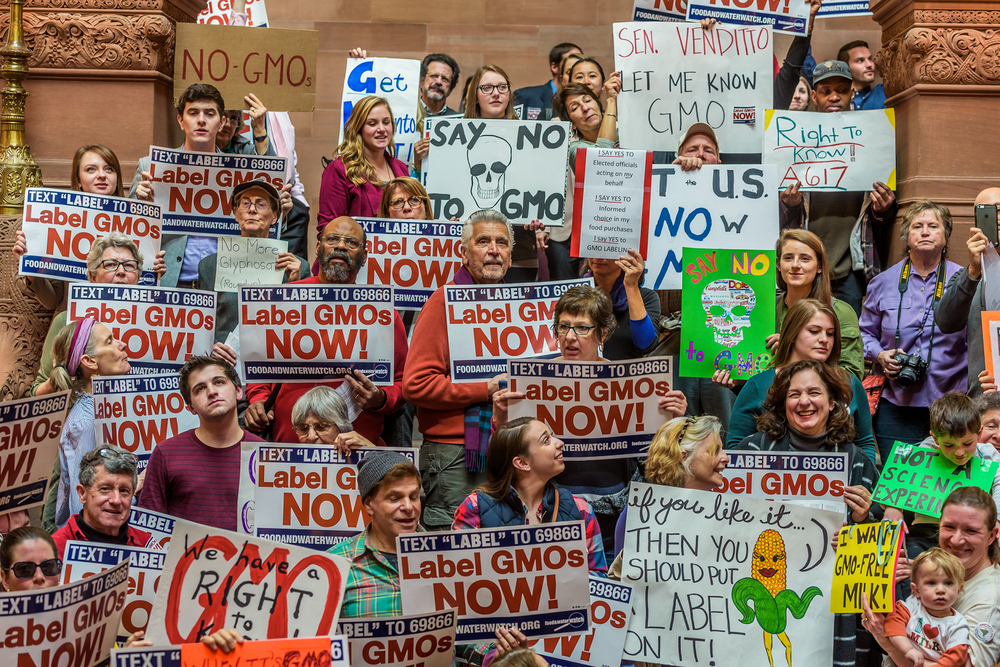 Protesters gathered at the New York state Capitol in Albany earlier this month to lobby their legislators to make GMO labels on foods mandatory in the state.

It’s been called “perhaps the most contentious issue in the food industry”: Should food products be labeled to indicate they contain genetically modified ingredients?

Leading Republicans in the Senate tried to answer that question on Wednesday with a clear “no,” but failed. The Senate rejected a bill that would have prevented any state from requiring GMO labels on food. The bill, sponsored by Kansas Republican Sen. Pat Roberts, would have created a voluntary national labeling standard for foods containing GMOs, but it would have blocked Vermont from implementing its first-in-the-nation mandatory GMO labeling law, currently set to take effect on July 1.