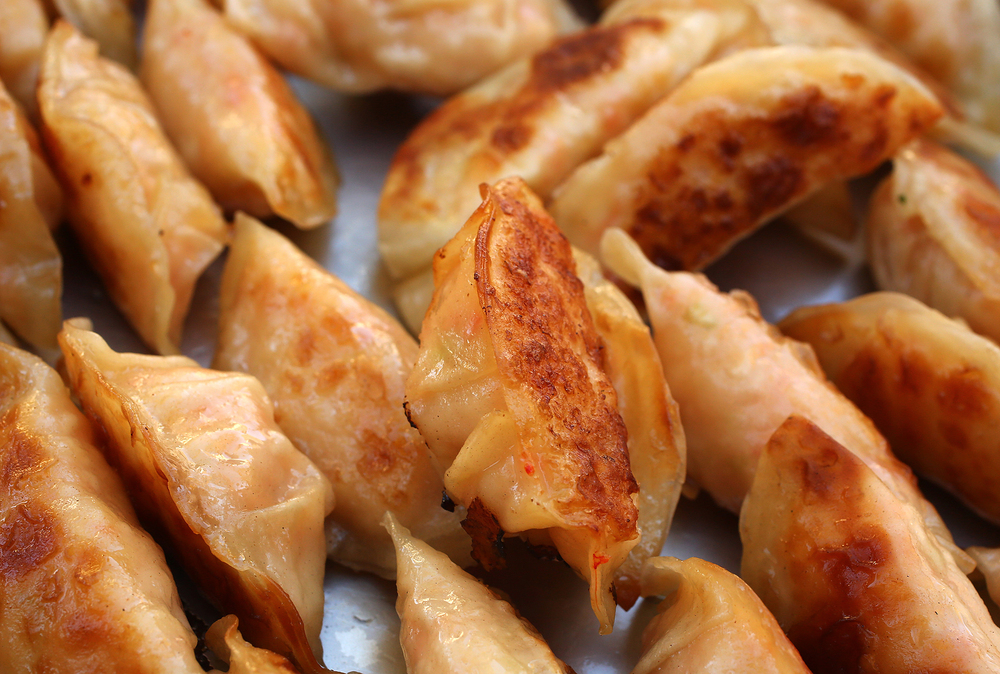 These shrimp “Peking ravioli” (aka dumplings) were featured at the third annual Festival of Dumplings in 2014 — honoring Bostonian and celebrity chef Joyce Chen.

Chinese food has become ingrained in this country’s culinary landscape over the years — giving rise to some uniquely Americanized dishes like General Tsao’s chicken, beef and broccoli, and of course, the ubiquitous fortune cookie.

But some of the Chinese food you’ll find in and around Boston is something else altogether. Bread often comes as a standard add-on with any takeout order. There’s chow mein sandwiches and Peking ravioli (aka dumplings). There’s the thick, dark lobster sauce.

Over at WBUR, Merry White, a professor of anthropology at Boston University, and Stephen Chen, the owner of Joyce Chen Foods and son of celebrity chef and Boston restaurateur Joyce Chen, discussed the fascinating history of the city’s own spin on Chinese food.

The first thing to know is that Chinese food in Boston is heavily influenced by not just Chinese immigration to the city, but also the large Italian and Irish immigrant population there.