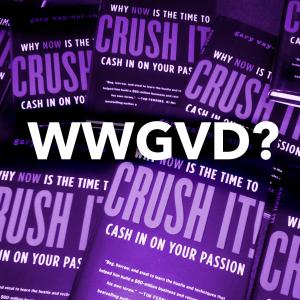 It’s often said that your network is your net worth. This is a maxim repeated in every industry, but it’s especially common in the world of online entrepreneurs.

Thankfully, I happen to be pretty good at networking. By which I mean, I’m good at putting myself in position to meet cool people, becoming friendly with them, being cool with them, and adding value — which more or less equates to friendship.

Normally, when you ask people about how to network, you’ll get a bunch of platitudes like, “Just be cool,” “Don’t try too hard,” and “Always add value.”

Those things are true, of course, and necessary.

That said, if you really want a step by step approach to building your network, “Be cool” isn’t really an action step.

If you really want to understand how to add people to you network, cliche’s aren’t enough. But, I find direct action steps are often not enough, either.

So today, I want to do something different—I’m going to tell you a story; a story about how I did some networking, made a new friend and business contact, and fostered a connection of truly mutual benefit.

What follows below is the story of how I became closely …