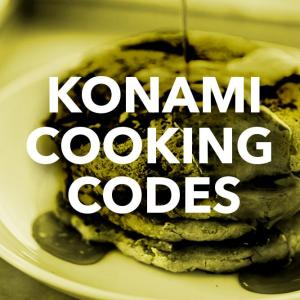 If your childhood was anything like mine, you’re more than familiar with the Konami Code.

I never would’ve beaten Contra if it weren’t for the extra lives the cheat code provided. Even though I was awful at entering it, it was worth the effort it took to get the code right.

More often than not, I had to restart my Nintendo and try again. And again.

Cheat codes became a huge part of my gaming career: some of the first books I ever bought were books of cheat codes for my Nintendo and Sega Genesis, and they worked.

Been Cheating for Years

These simple cheats allowed me to succeed in my ambitious video-game goals, and now, my cheating expands well beyond that.

As a member of RFS Empire, you’ve probably heard a thing or two about cheat days. If not, you’re literally in for a treat.

Eat whatever you want and still lose fat. Cheat days are glorious. Unlike most times things that sound too good to be true, they actually work. Because science.

Cheat days are the Konami Code of fat loss.

Except instead of sitting at your NES trying to get the code right, you’re sitting down to burgers, fries, pizza, and ice cream. It works on a couple diff…