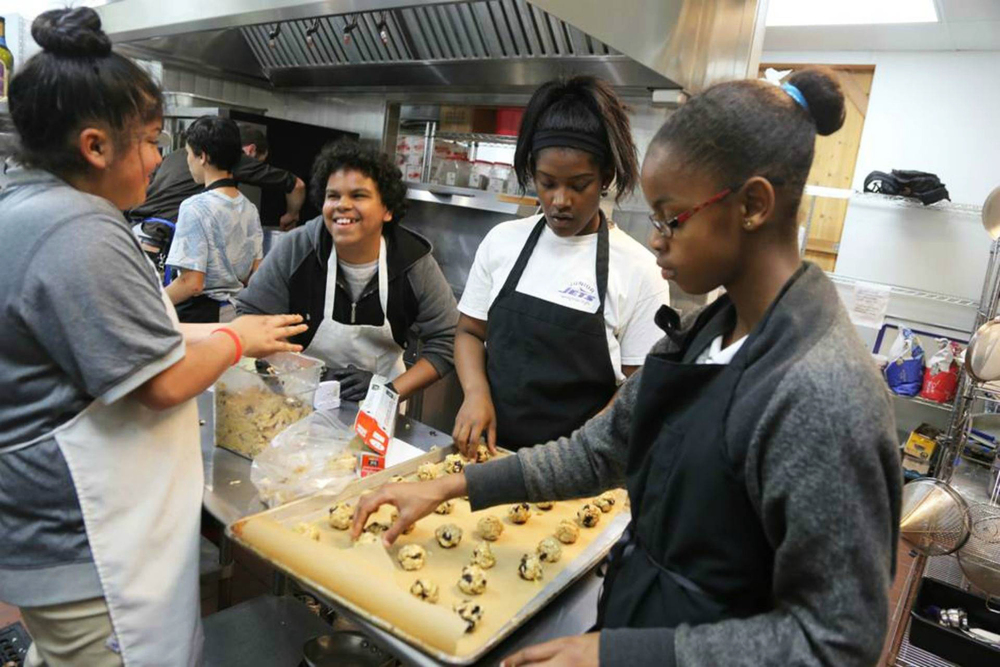 Teen volunteers at the Ceres Community Project meet up after school to cook up healthful meals for patients at local hospitals.

It all started with a simple request. In 2006, Cathryn Couch was working as a chef, making home-delivery meals for clients. One day, a friend called and asked: Did Couch have any cooking jobs for her teenage daughter? She didn’t, but the friend persisted. So Couch eventually came up with a project: making meals and delivering them to a local homeless center.

After seeing how excited and proud her friend’s daughter was after making the meals, Couch decided to replicate their lesson on a grander scale. That’s how, in 2007, the Ceres Community Project was born.

Named for the Roman goddess of agriculture and nurturing, the Bay Area-based program recruits teen volunteers to cook healthful, all-organic meals and deliver them to local patients with cancer and oth…