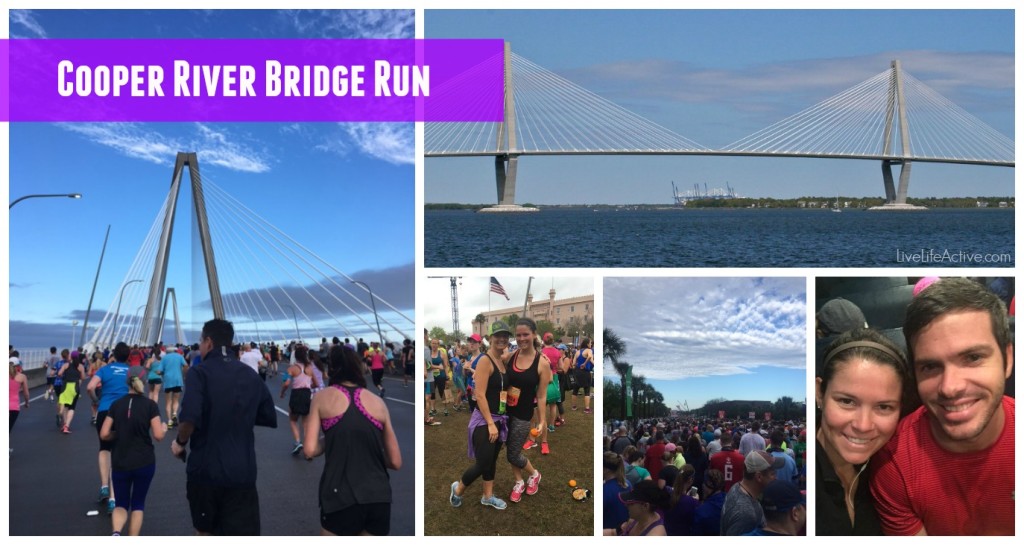 Good morning everyone!!!  So this past weekend I completed my first Cooper River Bridge Run!  If you don’t know what the Cooper River Bridge Run is, it’s probably the biggest event in Charleston, SC every year.  We have this absolutely beautiful cable-stayed bridge called the Arthur Ravenel Jr. bridge that crosses over the Cooper River.  If you’ve ever been to Charleston, you’ve probably seen it.  It connects Charleston to Mount Pleasant, SC and has some of the best views!

Every year Charleston hosts the Cooper River Bridge Run where you run from Mount Pleasant and end downtown Charleston.  People travel from all over the United States (and other countries!) to do this 10k.  I heard this year we had participants from all 50 states and several different countries.

We were coming from Summerville, SC so we decided that we would take the shuttle for the North Charleston Convention Center.  Traffic and parking is absolutely insane downtown so I’d suggest taking a shuttle either from North …