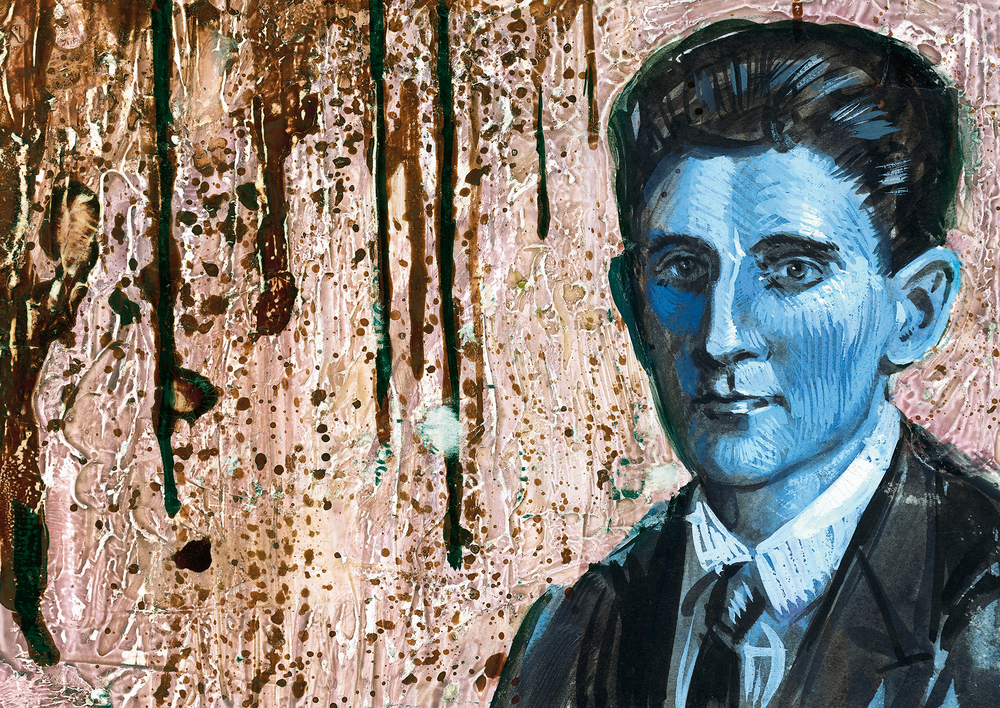 Many of Franz Kafka’s darkest comedies appear rooted in the cowering relationship he had with his father. Their only true bonding was over beer.

Franz Kafka wrote powerful stories about the powerless — and to make them frightening, he made them funny. Many of his darkest comedies, including the famous one about a salesman metamorphosing into a bug, appear to be rooted in the cowering, but deeply farcical, relationship he had with his domineering father, Hermann.

But if there was a sparkling boyhood memory that Kafka cherished — and recalled as he lay dying of tuberculosis in a sanatarium near Vienna — it was one involving that primal bonding ritual between father and son: sharing a beer.

In Is That Kafka? 99 Finds, a book of trivia recently translated from German into English, the eminent Kafka scholar Reiner Stach highlights his famous subject’s enjoyment of beer and wine….