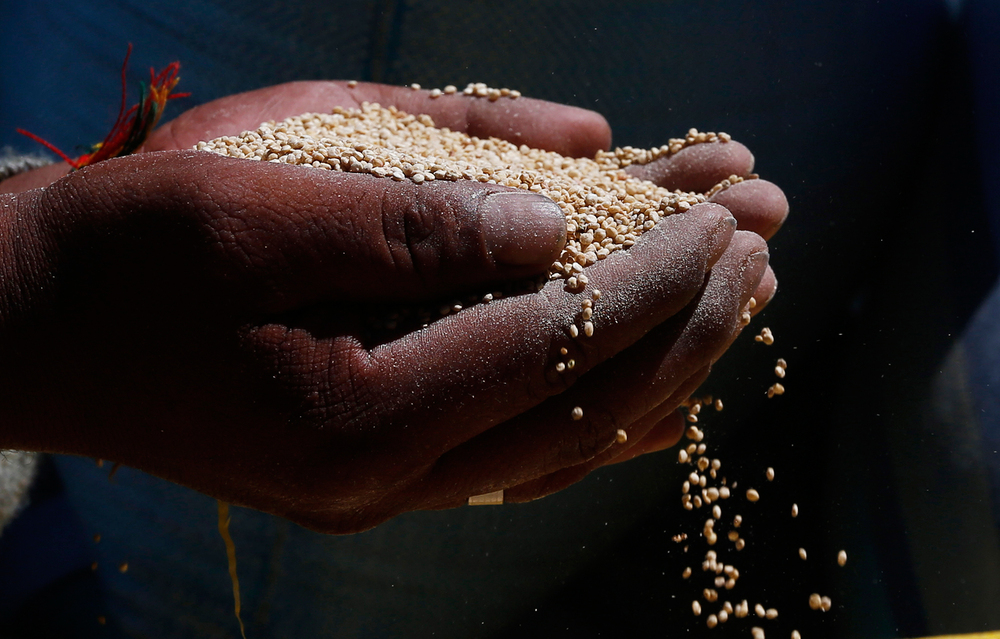 A man holds Peruvian quinoa. New studies of detailed data gathered by Peru’s government find that the global quinoa boom really was good for Peruvians — both those who grow it and those who eat it.

The price of quinoa tripled from 2006 to 2013 as America and Europe discovered this new superfood. That led to scary media reports that the people who grew it in the high Andes mountains of Bolivia and Peru could no longer afford to eat it. And while, as we reported, groups working on the ground tried to spread the word that your love of quinoa was actually helping Andean farmers, that was still anecdote rather than evidence.

The lack of evidence didn’t seem right to Marc Bellemare, an agricultural economist at the University of Minnesota, or Seth Gitter, another economist at Towson Un…