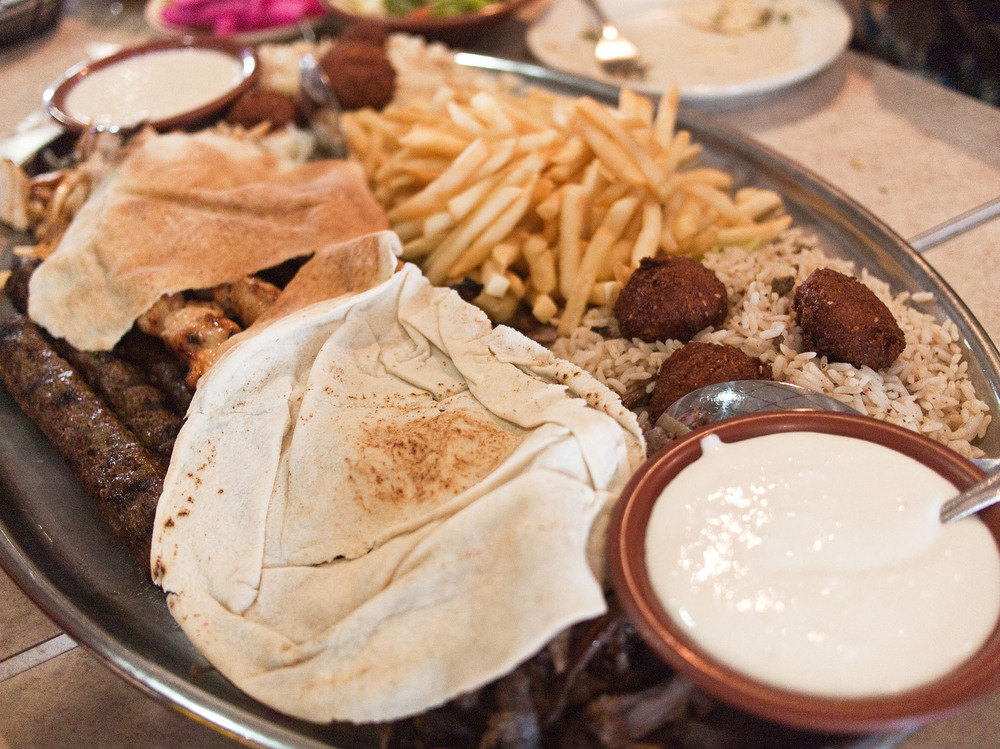 A platter of falafel, kafta, french fries and other fare at Al Ameer Restaurant in Dearborn, Mich. The Mediterranean eatery will be recognized by the James Beard Awards this year in the “American Classics” category.

The food glitterati will gather in Chicago Monday night for the black-tie James Beard Chef and Restaurant Awards, known as the “Oscars of the food world.” Most of the categories sound like industry fare: Outstanding Restaurant Design. Best Chef: Great Lakes. Best New Restaurant. Rising Star Chef of the Year. There’s not much of interest for anyone outside the foodies and food world orbit. Except, that is, for a sneakily subversive category: America’s Classics.

Each year, the JBF restaurant committee selects a handful of eateries from around the country for a range of criteria that have little to do with haute cuisine. When the category began in 1998, the eateries honored were usually humble and predictably American fare: Stroud’s, a fried chicken eatery in Kansas City; the Second Avenue Deli in New York City; Durgin Park, a seafood-and-sandwich eatery in Boston’s Faneuil Hall; and Joe T. Garcia’s, a Tex-Mex place in Fort Worth, were among the first year’s honorees.