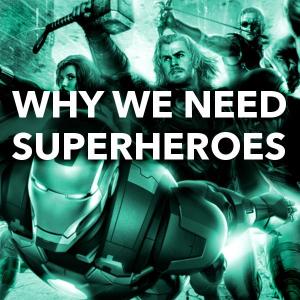 Why Superheroes Matter: Understanding the Mythology of Now

Superheroes accomplish something outside of simply following mythic structure—they augment mythology itself.

Comic books are the American mythology, and, much in the same way Zeus and Poseidon and Perseus come down to us from the Greeks, Superman and Batman and the X-Men represent the culture that birthed them.

These are our Gods and Heroes, our stories—and our commentary on our society.

The early days of comic books clearly show the aspiration and American idealism of the time in which they were written—the feel-good resolutions, the perfect heroes, the general attitude of optimism. Comic books have chronicled our history, and touched on World War II, the War on Drugs, the current climate of terrorism.