It may be hard for you to believe in this morbidly obese country that we live in but there do exist people who have trouble gaining weight and need help to do it. This is true in famine ravaged countries in say Africa for obvious reasons but it is less intuitive in this country where there is no shortage of calorie rich food. So who are these people who want/need to gain weight?

You Want To Gain Weight? 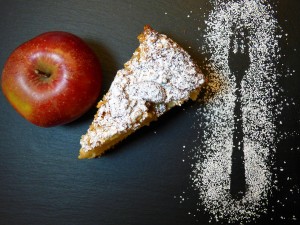 Well there are at least three major groups of people in America that need help to gain weight. These are athletes, persons with iatrogenic and disease-caused cachexia, people, who are unable to feed themselves correctly, and lastly people whose bodies are using calories at a higher rate than “normal” people and not counting athletes. So lets take a few minutes to at least consider these groups of people.

First and perhaps most obvious are athletes who have trouble gaining weight on a normal diet because they are burning off as much or more calories than they are taking in. Athletes, especially those at the elite level, often consume ungodly amounts of food just to supply their bodies with enough fuel to work at supernormal levels of physical activity and support fantastically high rates of metabolism. Second are those with diseases that cause a loss of appetite such as anorexia for an obvious one or mental illness or cancer with associated cachexia that are maybe less obvious. In the case of anorexia nervosa there needs to be cognitive behavioral therapy that changes the basic structure of thought for these people that makes them think that they are fat. For mental illness a mixture of both behavior therapy and drugs that stimulate the appetite and helps the person want to consume enough calories to gain weight. For cancer patients these appetite stimulating drugs are really the solution if they work.

The group that is unable to feed themselves is the third group to discuss and these are mainly people at the extremes of age. It is obvious that babies need to be fed in order for them to gain weight but it is perhaps less obvious in the elderly who often survive on what is known as a “tea-and-toast” diet because they either do not possess the physical energy or they no longer have the mental faculty to provide themselves with a good nutrition.

The last group are those that have a high metabolic rate but aren’t athletes with lots of physical activity. The best example of this are people whose bodies are fighting serious illness, most commonly infection. The immune system needs lots of energy so it is important to keep these patients well fed so that they can at least maintain if not gain weight.

For all kinds of weight management products check out: http://bit.ly/1tszTTP