Oops I did it again.

After surviving my first triathlon and sailing home on a wave of endorphins, I gave into my FOMO at hearing so many of my friends were racing Falmer tri just a week later and signed me and hubs both up with gusto.

I was slightly out of shape for the hilly bike and run course on this one, and Chris had never done a triathlon, nor trained for one, but is one of those people who can turn up and smash things with minimal preparation, leaving me in a trail of dust.

It’s not annoying at all. (He is a tree surgeon, and I do sit on my arse in an office all day, so I’ll let him off) 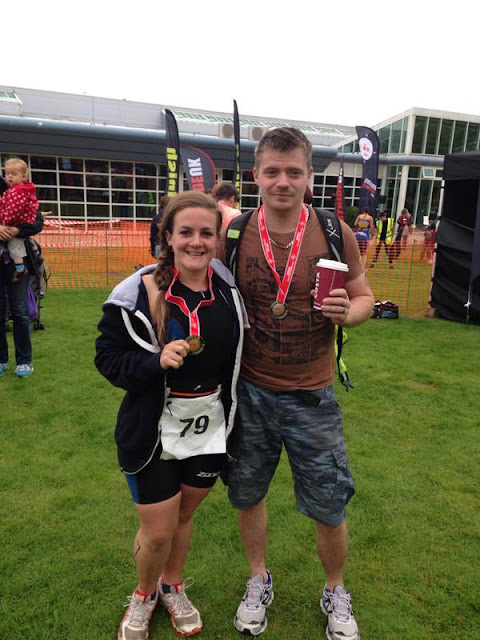 Anyway, I got FOMO when I found out half of Brighton was racing, and then he got FOMO when I said I was signing up, and that’s how we came to be standing on the side of the pool at Virgin Active gym in Brighton, shivering in our trisuits not long after 7am on Sunday morning.

One big jolly
One of the last tri’s of the season, and organised excellently by Brighton Multisports, Falmer is basically just one big jolly for Brighton’s massive and wonderful fitness community.