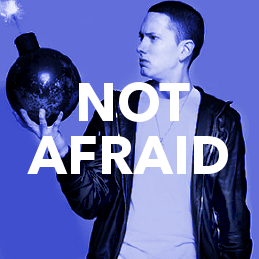 A few months back, we had the first meeting of the RFS Mastermind, during which I led 40 up-and-coming entrepreneurs through a full weekend of coaching to help build their businesses.

There were lots of lessons, a ton of actionable information, and some truly deep discussions about a myriad of topics.

Of all of the things discussed, the item that came up most frequently was fear, in all of its varied forms, and why it’s holding you back from success.

There’s the predicate fear of failure. The idea that you can work hard on a project for weeks or months, only to release it and have nothing happen. Crickets. A scary thought.

There’s also the fear of success: that your product will make a noise, make an impact, and garner attention. Now you have to be afraid of different things: that with some many eyes on it, there will be criticism; first of the project and eventually of you. And the expectation that everyone assumes you’ll be able to launch the Next Big Thing, asap. It can be a lot of pressure.

Finally, there’s fear of the unknown. You don’t know what can have the biggest impact, so you do nothing. This is by far the most common fear that holds entrepreneurs back.

Should I focus on social media?
Start a podca…