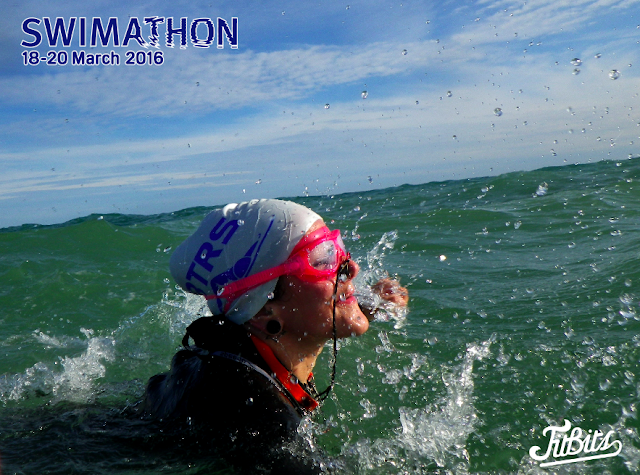 With a year of triathlon ahead, what better way to kick it off than
to take part in the 2016 Sport Relief Swimathon.

Taking place 18-20 March in pools across the country, the Swimathon is a great event for all abilities, ages and levels of fitness, with the Individual 1.5k, 2.5k or 5k challenges, Team 1.5k and 5k, and SimplySwim for those wanting to spread the distance out over a number of days. I’m excited to be part of this year’s Swimathon #BlogSquad along with a few other great bloggers.

Regular readers of this little blog of mine will know that I only learnt to swim in the tail end of 2014, and promptly forgot about it until I signed up for my first triathlon last September. You’ll be glad to know I survived to tell the tale and signed up for another one the week after.

I originally wanted to sign up for the 1.5k or 2.5k Individual challenge at the iconic London Aquatics Centre, but it’s the same weekend as my Ultra White Collar boxing fight so I’ll be completing 5k between 9-13 March. SimplySwim is open to competitors between 9-20 March but I want the week before my fight nice and free to…