This past weekend, I spoke at a conference that–I kid you not–was called “The Bad Ass Mentor’s Retreat.” 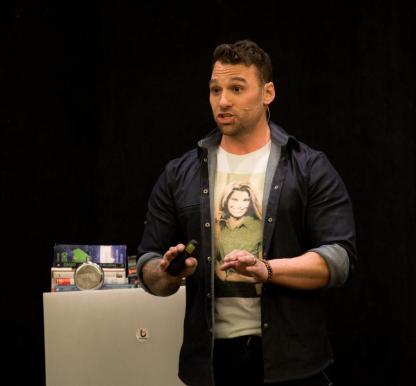 Yes, I’m wearing a shirt with Topanga on it.

Organized and hosted by my old friend Jason Capital, an extremely savvy entrepreneur I’ve known for a long while, the conference was filled with nearly 300 men, all looking to become better versions of themselves.

I personally spoke about increasing testosterone, and how that can make you more successful in life, business, and relationships. My talk was well-received, and I think I gave out a LOT of great information that going to help people increase their productivity and all around crush it in 2016.

DO NOT check email before noon. Email is a reactive exercise; it forces you to move on things that you don’t need to. Instead, spend the first 3-5 hours of the day working on a big project.
DO NOT watch TV with weak male characters. One of the things I detest about mainstream entertainment media is that married men are always portraye…