I took a knife self-defense class this past weekend with my friend Jesse, and it was way harder than I expected.

Now, you might be wondering, what is a peaceful guy like Leo doing taking a knife class?

Lots of reasons, but curiosity was the biggest one. I wanted to join Jesse and do something fun together, and he wanted to take this class at Triple Aught Design, and it sounded interesting.

So I took the class, and it was intense. Hard drills for two very full days. But it was also amazing — a world-class instructor (Craig Douglas) giving us very practical tools that we drilled over and over until we could do them under pressure. I learned more in that weekend than I have in almost any other two days I can recall. The class isn’t for everyone, but I do highly recommend it (check out Craig’s company, Shivworks). 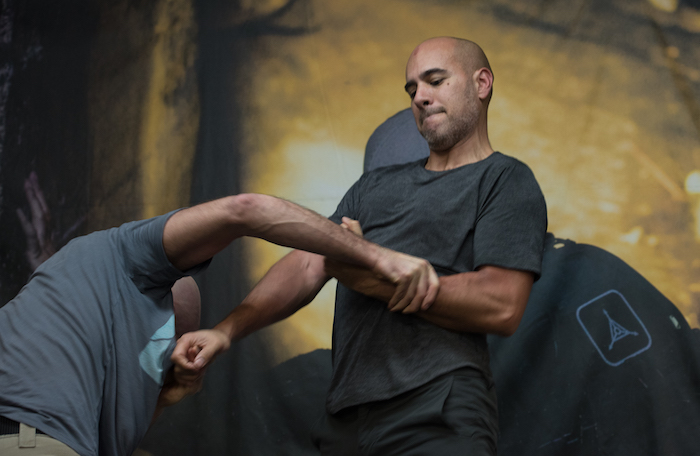 So what did I learn? A handful of incredible things:

Pushing through discomfort: The whole weekend was uncomfortable for me. Intensity, tiredness, people bigger than me wrestling me, doing drills where I get stabbed in the face (wearing a protective mask, but still scary). There were plenty of moments when I wanted to walk away, out of discomfort, but I learned about pushing through that, and that my mind’s avoidance of discomfort isn’t something I have to listen to.