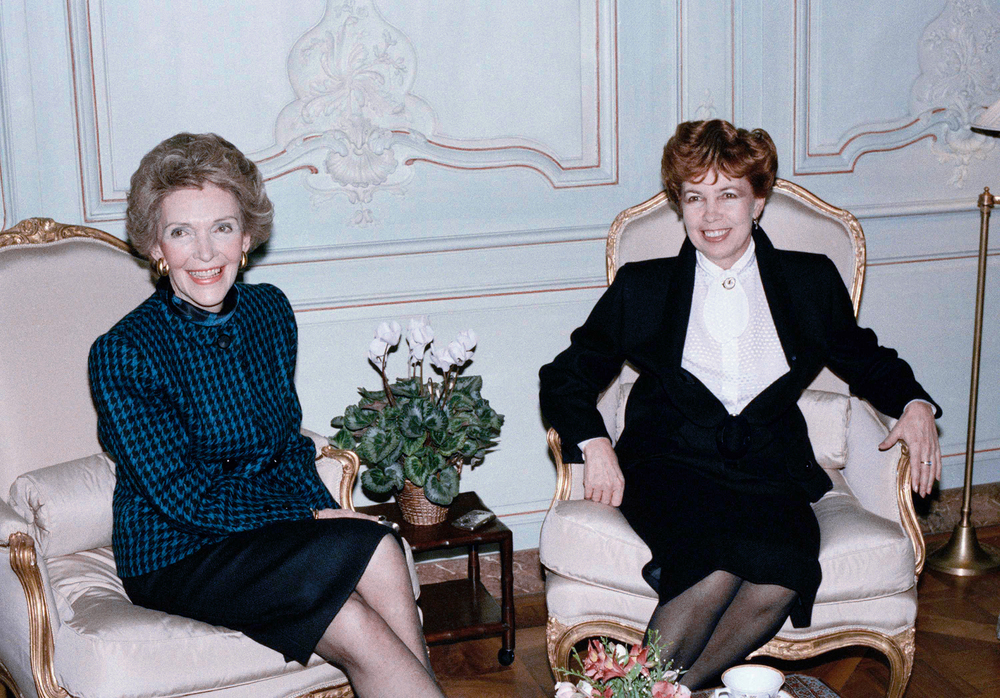 Nancy Reagan, left, and the Soviet First Lady, Raisa Gorbachev, both smile politely during a tension-filled tea in Geneva in 1985, while their husbands discussed nuclear disarmament.

Nancy Reagan, the influential and stylish former first lady who died on Sunday at 94, was fond of saying: “A woman is like a tea bag. You never know how strong it is until it’s in hot water.”

Reagan was merely quoting a line attributed to another first lady, Eleanor Roosevelt (though historians have never confirmed whether Roosevelt said it.)

Reagan got a chance to test that quip at the 1985 Geneva Summit, when she met the first lady of the Soviet Union, Raisa Gorbachev, over tea, at two tensely choreographed tête-à-têtes.