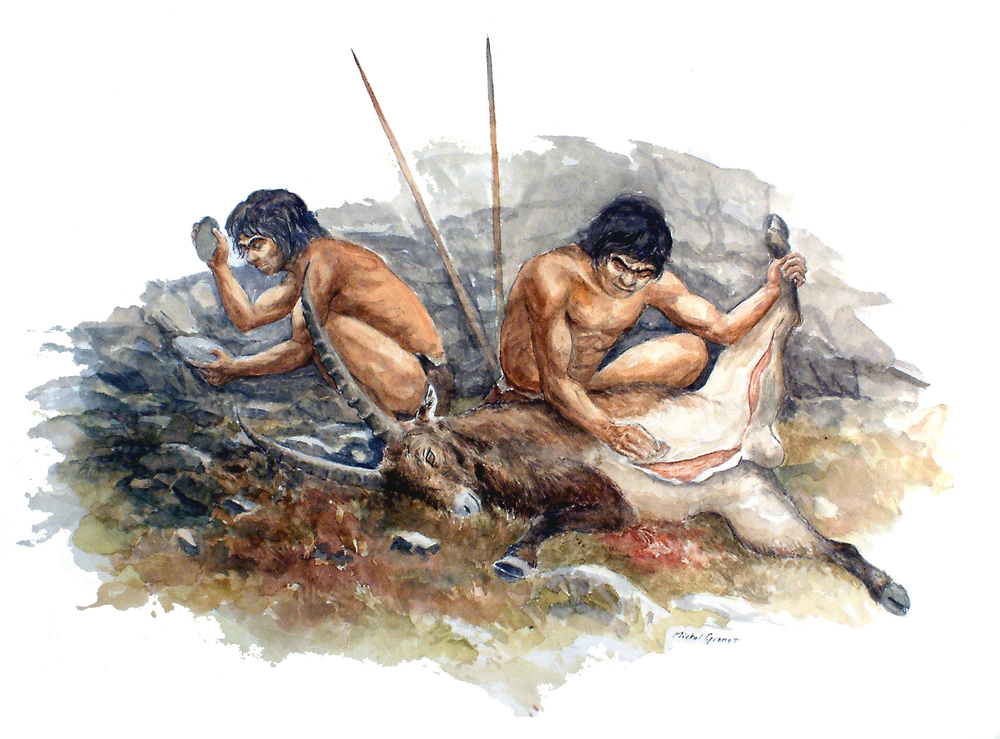 Neanderthal hunters cutting up their kill.

You know that feeling when your body is really craving a nice salad, but the only thing in your fridge is day-old pepperoni pizza? And you don’t want to go through all the trouble of heading to the grocery store to gather all the ingredients for salad, so you settle for the pizza?

Well, Neanderthals feel you — kind of.

See, researchers are finding that Neanderthals and early humans weren’t all that different — they even got together and made babies every now and then.

But when it came to diet, the two may have had different approaches.

Both were omnivores. But, during the Ice Age, when the climate was constantly fluctuating, Neanderthals tended to chow down on whatever was most readily available, according to a study published this week in PLoS One. During cold spells, Neanderthals — especially those who lived in open, grassland environments — subsisted mostly on meat. During lusher climes, Neanderthals would supplement their diet with plants, seeds and nuts.

Early humans, on the other hand, s…