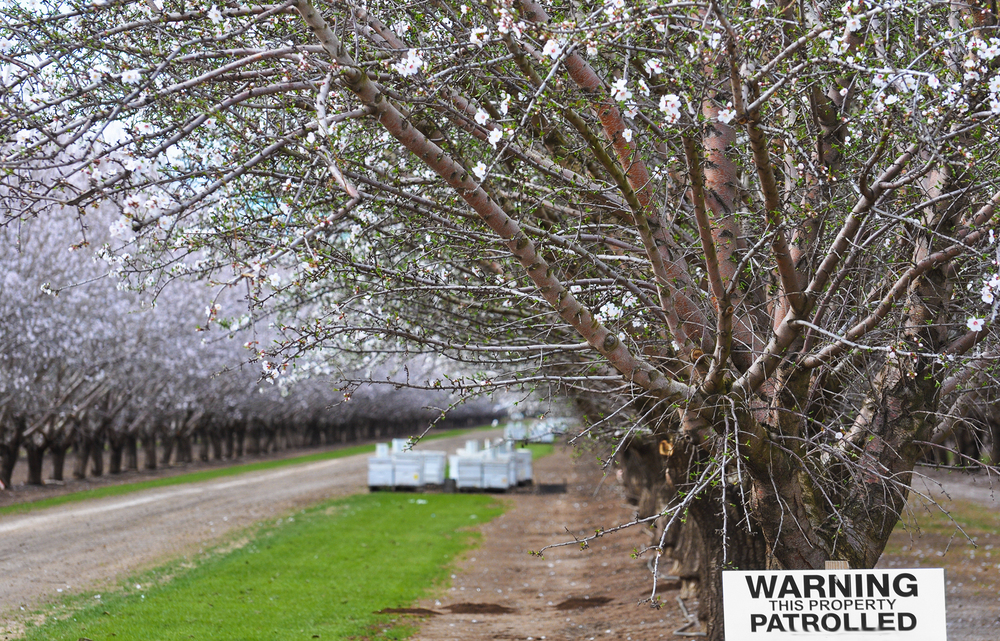 Between January and March, beekeepers send millions of hives to California to pollinate almond trees. A sign in this almond orchard warns it is patrolled — a measure to combat rising beehive thefts.

Between December and March, beekeepers send millions of hives to California to pollinate almond trees. Not all of the hives make it back home.

“The number of beehive thefts is increasing,” explains Jay Freeman, a detective with the Butte County Sheriff’s Office.

In California, 1,734 hives were stolen during peak almond pollination season in 2016. In Butte County alone, the number of stolen hives jumped from 200 in 2015 to 400 this year, according to Freeman.