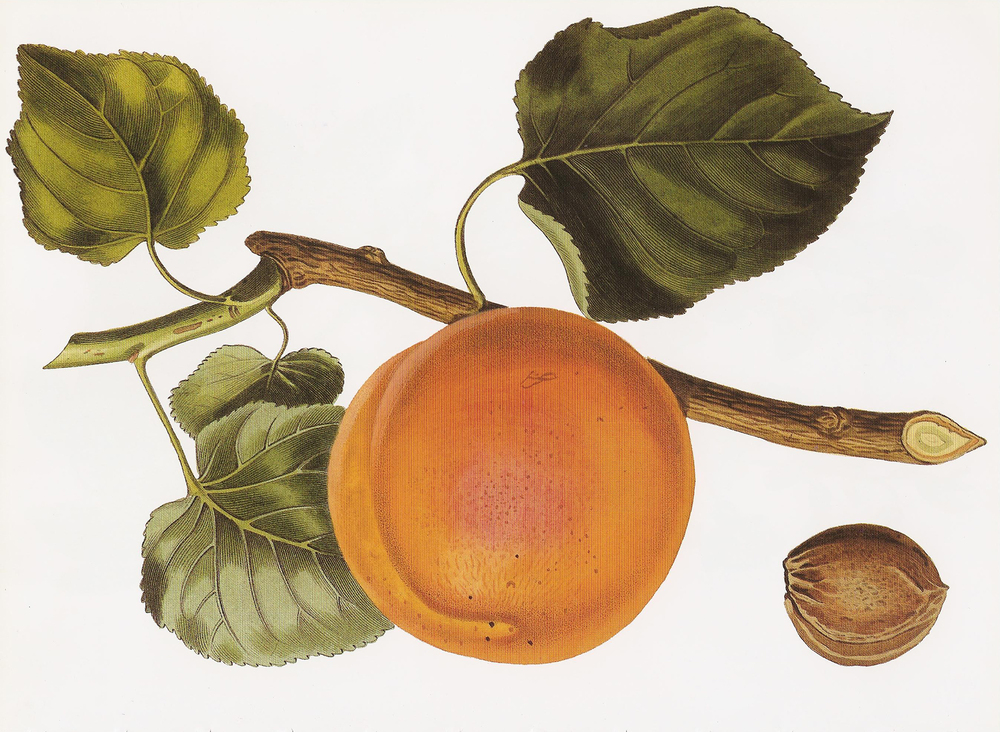 The ‘Turkey’ apricot, a hand-coloured engraving after a drawing by Augusta Innes Withers (1792-1869), from the first volume of John Lindley’s Pomological Magazine (1827-1828). The Romans dubbed the apricot the “precious one.” Poets praised its beauty. The conquering Arabs took it to the Mideast, where the luxurious fruit was exploited in sugary confections.

Four radiant, yellowish-orange apricots were depicted on each of the cellophane packages stacked on a shelf in a Middle Eastern grocery near my home. An avid fan of dried apricots, I was drawn to the sheets of dried apricot paste imported from Damascus. Amardine, as it is called, is especially beloved in the Ramadan season, when it is used to make a juice that the faithful drink to break their fast or to savor during the festive time after sundown.

Translated into poetic Arabic, amardine means “moon of the faith.” It is unlike your ordinary supermarket fruit roll that some call “shoe leather.” According to Charlie Sahadi, owner of a vast Middle Eastern food emporium in Brooklyn, the Arabic delicacy has a “thickness” and “consistency” that ordinary fruit rolls lack.