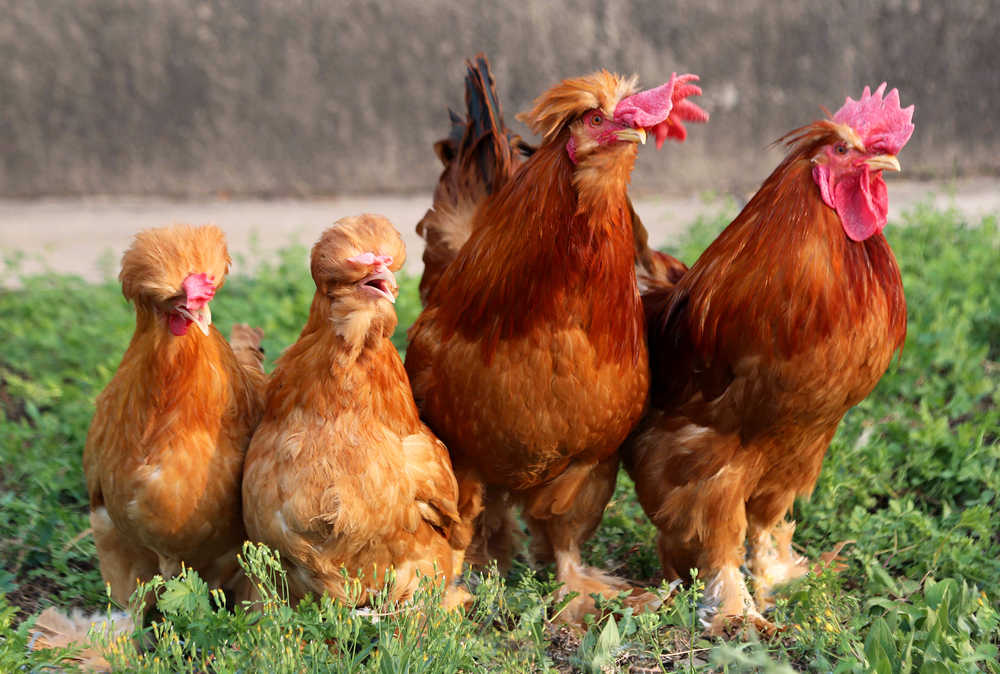 When you’ve got it, flaunt it: Beards can occur in various chicken breeds. The birds in the middle have them, the ones on the far left and right don’t.

Move over, human hipsters, you’re not the only ones growing outrageous facial hair.

For years, farmers have noticed that some chickens have tufts of elongated feathers around their face and beak, making it appear like they had grown a beard. The cause of the feather beards was a mystery. Now, thanks to scientists in China, the mystery of the bearded chicken has been solved.