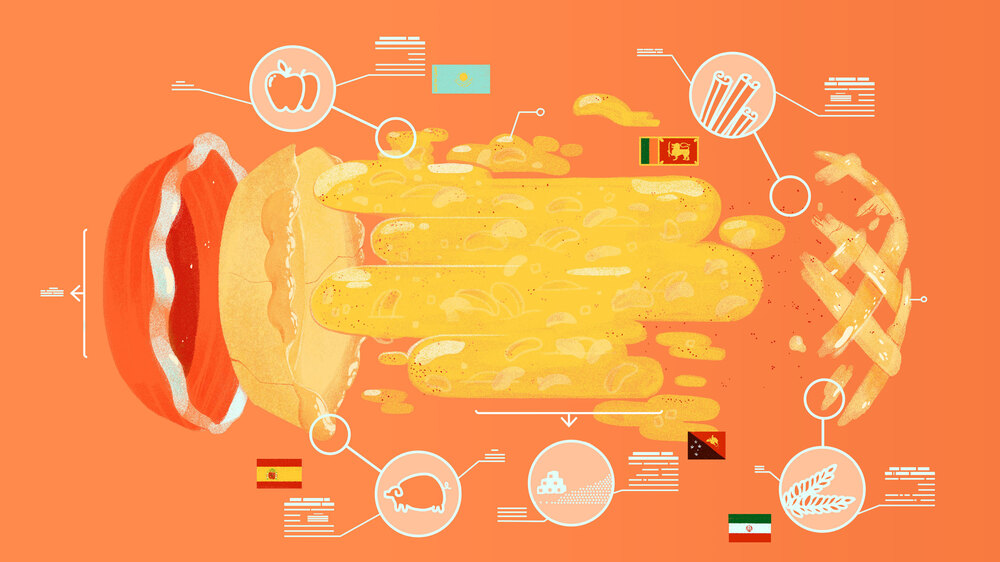 Apple pie: The all-American dessert we eat to celebrate Independence Day actually reveals our dependence on foods with far-flung origins.

The fireworks are stacked high, the beer is on ice, and lumps of charcoal glow hot under the grill in anticipation of hot dogs and hamburgers. Fourth of July is a holiday celebrated through food. There’s potato salad, popsicles, watermelon slices — and, of course, apple pie.

But the all-American dessert we eat to celebrate Independence Day actually reveals our interdependence on the rest of the world. With few exceptions, we have always relied on foods with origins in far-flung places. As recently reported by The Salt, research shows nearly 70 percent of the foods we now grow and eat originally came from somewhere else.

“When we say, ‘As American as apple pie,’ we think of baseball and hot dogs without ever considering not one ingredient in apple pie orig…