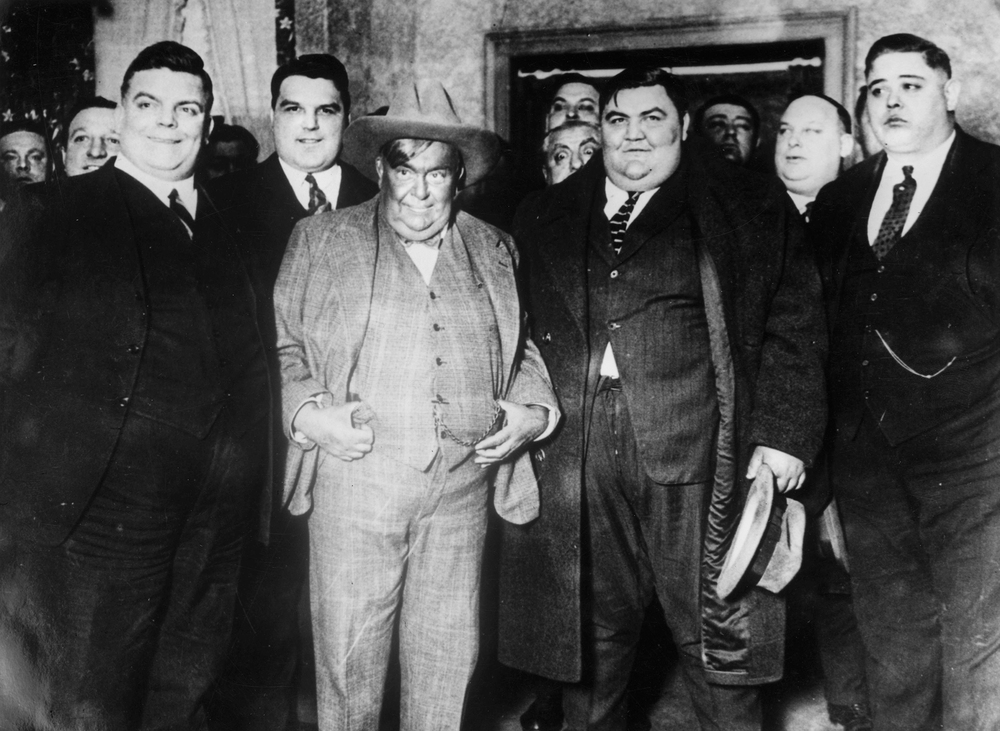 Members of the Fat Men’s Club of New York gather at a meeting, circa 1930.

In 1903, in a cheery local tavern tucked away in Wells River, Vt., one of America’s most successful fat men’s clubs was launched.

“We’re fat and we’re making the most of it!” was their mantra. “I’ve got to be good-natured; I can’t fight and I can’t run,” was their motto. Members had to be at least 200 pounds, pay a $1 fee to enter and learn a secret handshake and password. Twice a year, members gathered, with meetings announced in advance to allow the men to stuff up in order to meet the minimum weight requirement. A 1904 Boston Globe article described the biannual meetings colorfully:

“This village is full of bulbous and overhanging abdomens and double chins tonight, for the New England Fat Men’s Club is in session at Hale’s Tavern. The natives, who are mostly bony and angular, have stared with envy at the portly forms and rubicund faces which have arrived on every train.”

The fat men’s clubs of the late 19th an…