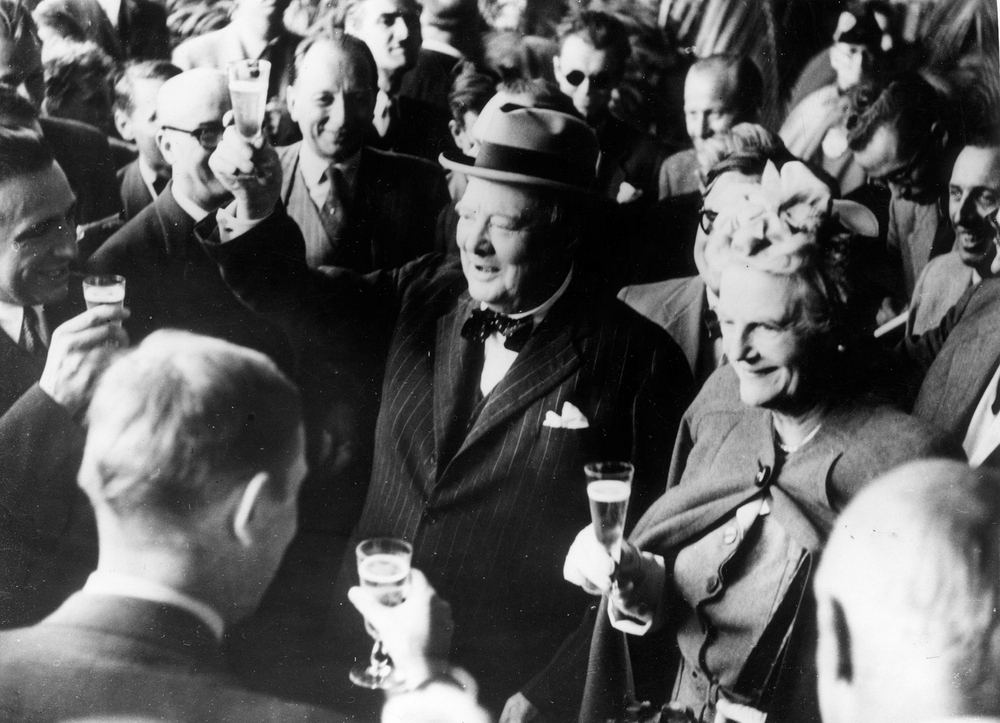 British politician Winston Churchill and his wife, Clementine, make a toast upon their arrival in Switzerland in August 1946. Stories of Churchill’s special relationship with alcohol are legendary — and champagne was his truest passion. A new book reveals the extent to which that passion imperiled his already threadbare bank balance.

During the 1930s, as Hitler was rising to power in Germany, the man who would turn out to be his most implacable foe was drowning – in debt and champagne.