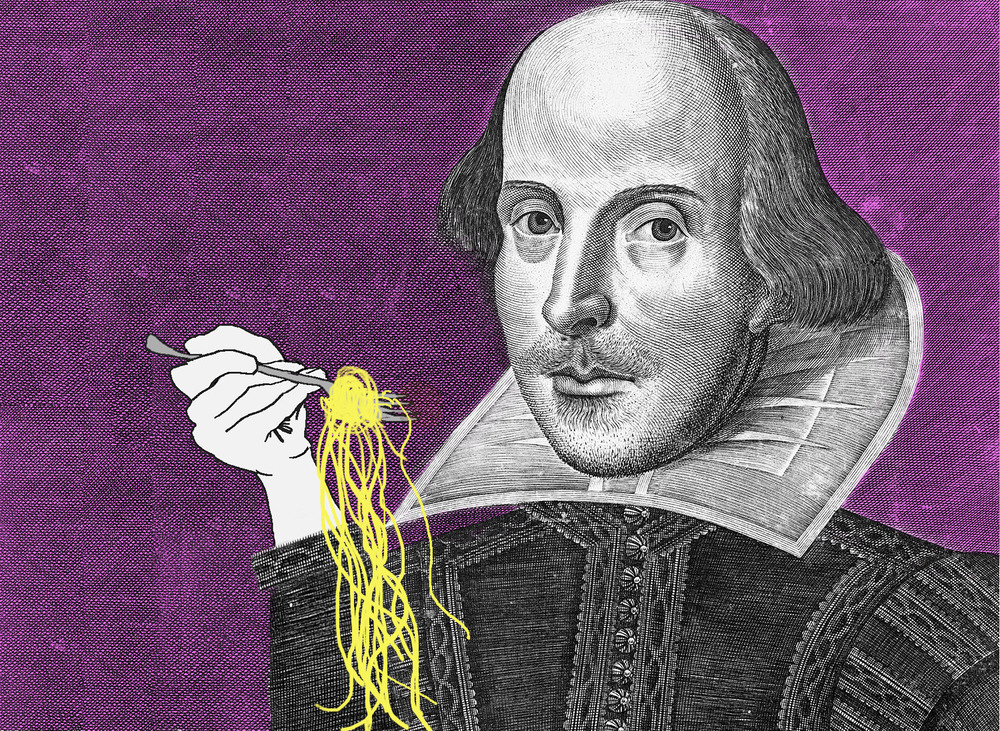 Editor’s note: This week, to mark the 400th anniversary of William Shakespeare’s death, we will be running a series of stories examining the links between food and the Bard.

Anyone who has ever spent Thanksgiving with family knows that the table is a great place for drama. We talk, we shout, we love, we fight — or sit in silence and seethe. And we’re all stuck there, gnawing on our turkey legs, playing out our usual roles, unable to just walk offstage.

That is the very idea William Shakespeare exploited to fill theaters.

It’s difficult to name a play in which Shakespeare doesn’t cook up a bit of conflict around the table. It’s a good excuse for the playwright to get a lot of people onstage at the same time, to bring friend and stranger together, and to do it all in a close space where the characters have no choice but to talk and interact. And create dramatic tension.

In The Taming of the Shrew, Petruchio wants to tame the headstrong Katherine, so he steals her away between their wedding and reception, onl…