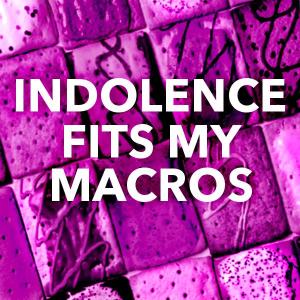 In my World of Warcraft days, I was a force to be reckoned with.

My lvl 70 troll shaman was built to dominate in PVP battlegrounds and big PVE raids. I was spec’d restoration and my heals were uber leet.

My team dominated on the battlegrounds, but it didn’t come easily.

Day after day, I spent hour after hour living in a world of HP and mana, intellect and stamina (the stamina of my magical avatar, as well as my own). Skipping sleep to play WoW was easy for me, and I used it to my advantage: I got really, really good.

Sure, I could stay up late, take a three-hour nap, crush an energy drink, and be mostly OK at school, but it wore me down. Life became a fog. My grades grew mediocre, my friendships weakened, and I was constantly falling asleep in class.

Before long, I went from revering to regretting every night I spent playing the game. As it continued to sap my energy, I started merely going through the motions of life without reaping any of its benefits.

Just Because You Can Do Something, Doesn’t Mean You Should

I shouldn’t have played so much World of Warcraft. I know that now.

And in the defense of online gamers everywhere, I actually learned…