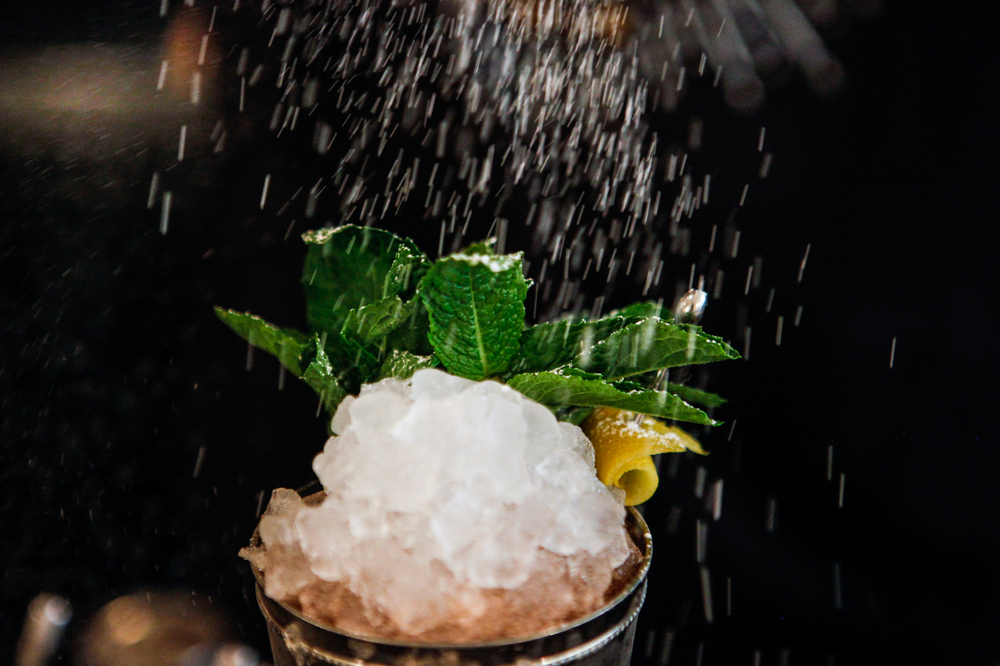 This drink is a twist on the traditional mint julep. Think bubbly champagne in lieu of whiskey. Recipes below.

If I say Kentucky Derby, you say … mint julep?

Well, if you’re a Kentucky dame like me you do. As my fellow Louisville native Jesse Baker once pointed out: “It ain’t Derby without a mint julep.”

Race fans have been drinking mint juleps at Churchill Downs in Louisville since the racetrack’s inception in 1875, according to bourbon historian Fred Minnick.

Last year the crowd sipped 127,341 juleps on Derby Day. And according to Churchill Down’s Derby site, this feat requires thousands of bottles of Old Forester Kentucky Bourbon and 60,000 pounds of ice.

My hometown heart swoons for a julep made just the way they serve them up at Churchill Downs. The taste is very minty. A handful of fresh sprigs are heaped into the glass.

You can smell the mint in the stands. Roving vendors who carry trays of juleps move through the b…