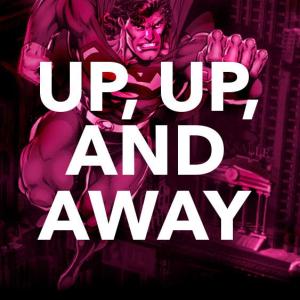 If you’ve ever read anything about athletic training, you’ve heard the saying speed kills. And it’s true.

In sports, the domain of our own brand of superheroes, the faster you are, the more successful you tend to be. Along with strength, speed is one of the few characteristics that will allow you to be a bit less developed than others.

Strength and speed can often help you out-perform someone who may be more technically skilled.

And, like strength, speed is one of the few attributes that will have carryover to everything else; increasing speed will also factor into, in varying degrees, qualities like agility and dexterity. It will decrease reaction time, allow you to change directions more quickly, and even hit harder.

Whether you’re competing in sports, want to be more successful as a weekend warrior, or are training to be an everyday superhero, speed is one of your greatest and most important assets.

No matter what type of action you’re into, speed kills. What else is going to make you better at scoring touchdowns and chasing down a purse-snatching thief?

Like anything else, it’s highly trainable. And it’s a good thing, too.

Some heroes are born with super speed. Guys like Superman have it made—just drink in the delicious rays of Earth’s yell…